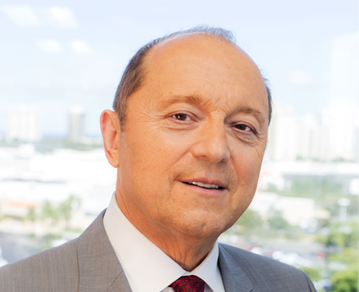 Boris Reznik is the Chairman of Venvalo Group. During his career spanning four decades, Dr. Reznik founded and built technology companies into market leaders, managed high growth, profitable enterprises and successfully worked with both Fortune 500 and emerging companies as clients and partners. He has been an investor  or co-investor in multiple technology-based companies and has participated in many public and private fundings and mergers and acquisitions of technology-based companies, ranging from millions to billions.

Boris came to US with $100 dollars, but also with “Burning Desire to Succeed”. The latter eventually drove him to join Teknekron in Berkley, CA in the early 80-ties. And he quickly built from scratch the fastest growing, “Computer Integrated Manufacturing Systems” division there. After Teknekron completed an IPO and was sold to Litton Industries, Boris, left and launched a new company, American Trunkey. That became the first of his companies on Inc. 500 list of fastest growing US companies. But it was not the last.

Dr. Reznik has launched numerous companies. Unfortunately, or fortunately he had to experience the 2001-2002 technology bubble burst when several of his companies folded. That experience enhanced one of the most important element of Venture Value Optimization methodology, sense of timing. Boris’s approach since then, be ready for a transaction any time and all the time.

In 2002 Dr. Reznik added life sciences industries to his investment and partnering focus. He launched or invested into biotechnologies companies, medical and science services companies, as well as medical devices and pharma information systems companies. But the most important in addition to investment activities, Venture Value Optimization methodologies allowed extract major values from multiple companies in many transactions.

Dr. Reznik is very proud in what he has contributed to his adopted homeland. He has created thousands of new jobs, dozens of new Millionaires and the most important, a lot of happy families. In continuing fulfilling his “Burning desire to succeed”, Dr. Reznik never stops to contribute all his time, mind and strengths to creating, enhancing and extracting value from emerging and mid-market enterprises through his developed Venture Value Optimization methodology.

Dr. Reznik holds a number of patents. He has authored numerous publications. As an exciting speaker Boris freely shares his ideas, experiences and expertise with audiences around the world.

Dr. Reznik earned an A.S. in Computer Sciences, a M.S. in Mechanical Engineering, and a Ph.D. in Fluid Dynamics from different universities in his native Moscow, Russia.

GET IN
TOUCH
WITH US